Elder Walter Dale Roman was called to be the Senior Pastor of the Washington, DC Church of God in June of 2010. Since his appointment to the office, he has served prayerfully and faithfully to the glory of God. Previously Elder Roman served as Assistant Pastor to Elder Wendell M. Green who groomed him to assume the leadership of the famous Happy Am I broadcast, which can still be heard over WFAX 1220 AM, 100.7 FM and at www.wfax.com. Prior to that assignment Elder Roman served as Sunday School Superintendent, Bible Study Leader under the leadership of Elder Jake Butler in the Baltimore Church of God. Pastor Roman is lovingly and dutifully supported in the ministry by his wife, First Lady Wilma Roman.

Church focus and goals: Since assuming the pastorate of the Washington, DC Church of God, Pastor Roman has led the congregation in the continuation of established ministries and the creation of some new ones – all in the pursuit of the mission of the Gospel Spreading Church and the Great Commission given to the Church – Go, Teach, Spread, Love. They include: (1) WFAX Radio Ministry (2) Howard University Quarterly/ Monthly Prayer Service (3) Prayer Meeters Ministry – meets weekly to hold intercessory prayer over requests that are received, and (4) Seasonal Street Services.

Personal Interest: A little known fact about Elder Roman is that he comes from a line of preachers reaching back to his grandfather and two uncles – all of whom served as pastors.

Favorite Scripture: His guiding scriptural principle comes from Psalms 119:11. “Thy word have I hid in mine heart, that I might not sin against thee.” 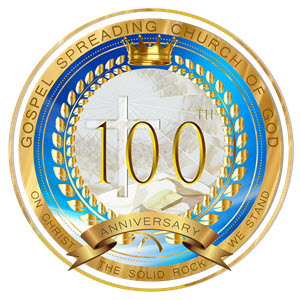